MFLL is a series of instruments that leverage high reliability telecom fiber laser technology and the Intensity Modulated Continuous Wave (IMCW) approach.  Originally proposed for a NASA Earth Systems Pathfinder mission in 2001 to measure carbon dioxide (CO₂) from space, the concept has evolved into multiple airborne implementations and served as the root technology for S3’s GreenLITE™ technology. 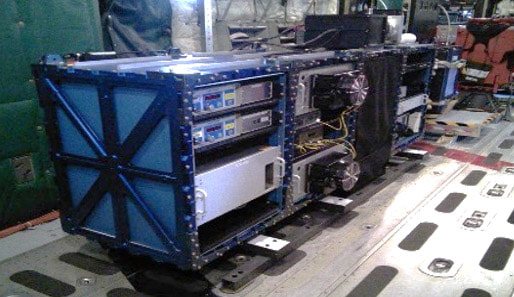 The first system was built in 2004 and flown on the Goodyear airship as a proof-of-concept demonstration for applying the technology to atmospheric spectroscopy.  A unique aspect of the approach for this application is the ability to transmit multiple wavelengths of light simultaneously with very close wavelength spacing that would be difficult to separate optically.  The IMCW approach allows the individual wavelengths of light to have a unique radio frequency (RF) modulation imparted to it before combining the signals which enable them to be distinguished in the digital domain through a correlation process with the known unique waveforms.  This initial system used sinusoidal modulation and a simple lock-in amplifier for the modulation and demodulation.  Subsequent systems have evolved that have used pseudo-random-noise (PN) or chirped sinusoidal modulation that enable both the gas concentration and the range to be determined simultaneously. 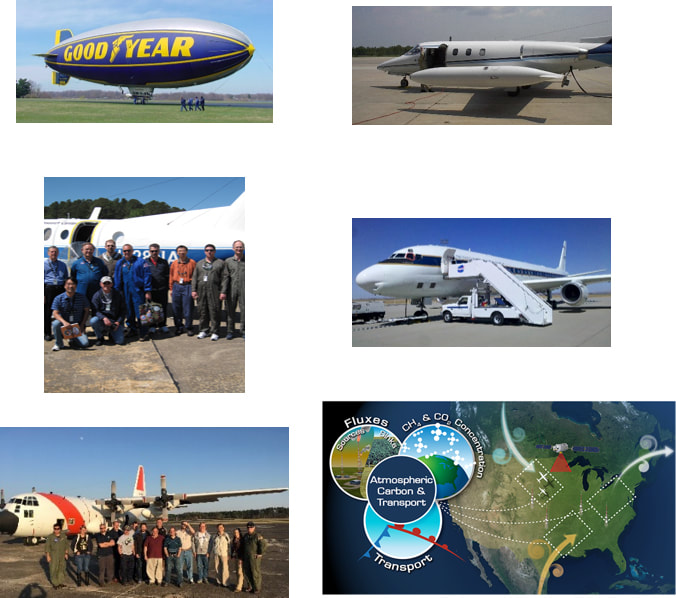 Since the initial system development, multiple flight missions totaling hundreds of hours of flight time on 4 different aircraft have been performed by the team to support NASA Langley Research Center’s evaluation of the technology for space.  The same system has also demonstrated the ability to monitor atmospheric oxygen at 1.27 microns and can be adapted to other gases such as methane.

Additionally, this measurement approach has been applied for the application of ice sheet mapping, in which a PN modulation was used to develop a multi-pixel system that also leveraged fiber for the receiver channel and a diffractive optical element for the transmitter.  The system was flown and demonstrated cm resolution measurements in addition to a unique pixel orientation which significantly improved the correction for aircraft attitude. 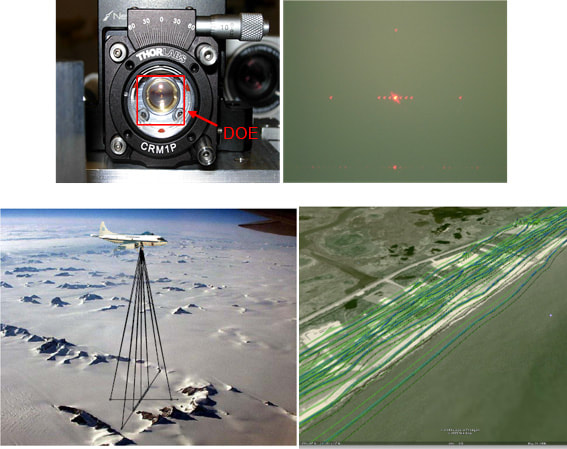