GreenLITE™ was developed as a collaboration with our partners at Atmospheric and Environmental Research and was partially funded by the Department of Energy (DOE) National Energy Technology Laboratory (NETL).  The initial application was for direct Monitoring Reporting and Verification (MRV) of Carbon Capture and Underground Storage (CCUS) sites up to 1 km² in area.  The system verified the ability to measure and map small underground leaks of CO₂ using the Zero Emission Research and Technology facility located on the Montana State University campus in Bozeman, MT.  The system was then installed at the Illinois Basin – Decatur Project (IBDP) carbon capture storage site and operated for a 6 month period to demonstrate the feasibility of the system to operate autonomously in an active industrial setting. 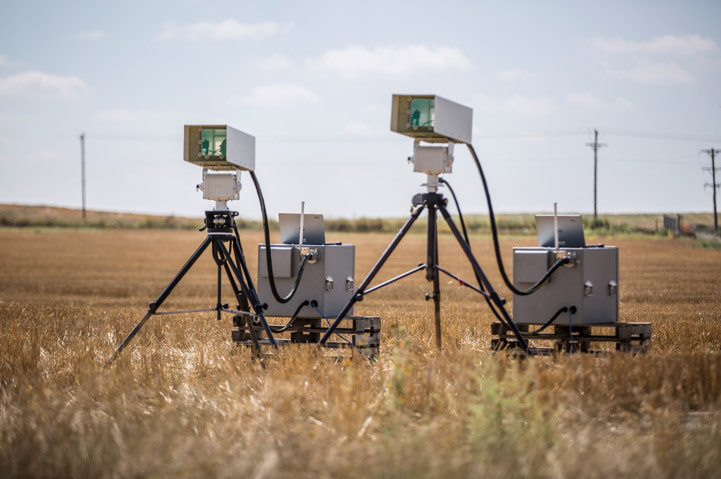 Subsequently, the system was upgraded to cover an area of up to 25 km².  With partial support from the National Institute of Standards and Technology (NIST), the 5 km pathlength system was deployed to Boulder, CO, for initial testing in collaboration with the National Oceanographic and Atmospheric Administration (NOAA) using their Boulder Atmospheric Observatory (BAO) tall tower. The 5 km system was then deployed as a demonstration for the 21st Conference Of Parties (COP21) in Paris, France, in cooperation with LSCE, LATMOS, and Enviroearth.  The demonstration led to a full year experiment over 25 km² in the center of Paris, France, from November 2015 to November 2016 , and the data are currently under evaluation by LSCE. 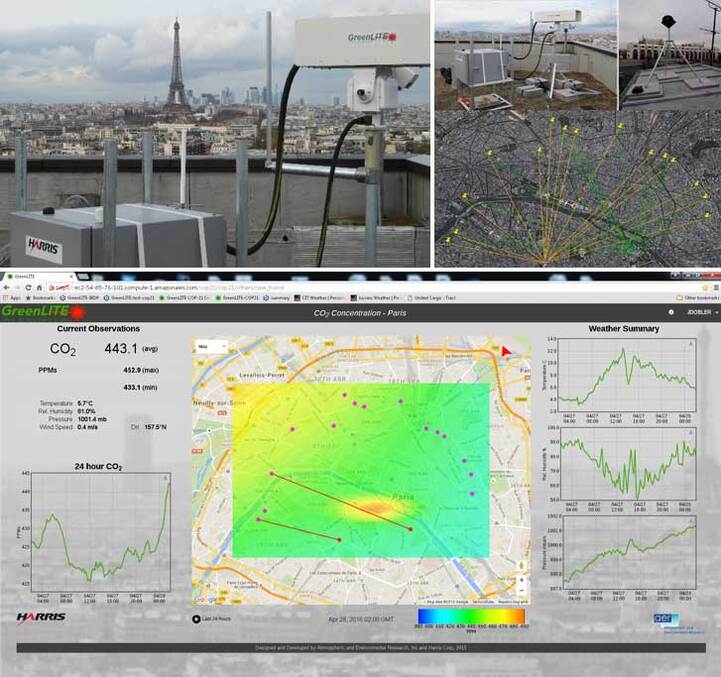 The system was further upgraded in 2017 to be able to measure CH₄ in addition to CO₂ and was deployed for a series of controlled release tests in New Haven, Indiana, and then as part of the 2017 TOTAL gas leak detection campaign in Lacq, France.  The system demonstrated the ability to measure and locate leaks of CO₂ and CH₄ from 0.1 g/s to 100 g/s, as well as provide estimates of the emission rates.

The underlying technology for the GreenLITE™ instrument is a derivative of our Multifunctional Fiber Laser lidar (MFLL) airborne CO₂ technology, developed as a demonstrator for a future space-based active remote sensing measurement to identify global sources and sinks of CO₂ for an enhanced understanding of the global carbon cycle. 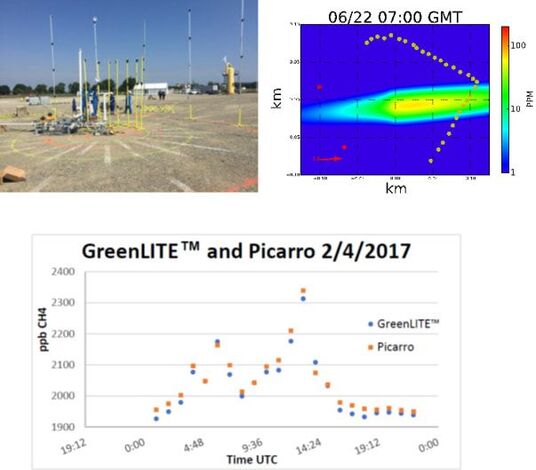